About How to #DefundHate

The Defund Hate Campaign has blocked nearly $12 billion from ICE and CBP to date. We’re committed to blocking more and redirecting that investment to strengthen families and communities. 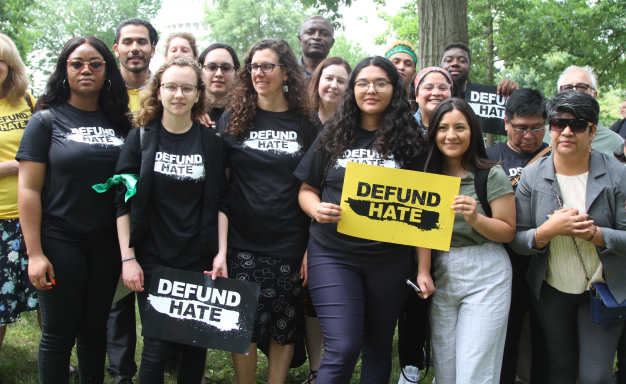 Here’s What You Can Do

Members of Congress avoid accountability for the way their funding decisions impact communities. You have the power to change this. Together, we have already blocked $12 billion requested for ICE and CBP. Unite with our immigrant families and friends. Contact your members of Congress. Make your voice heard. 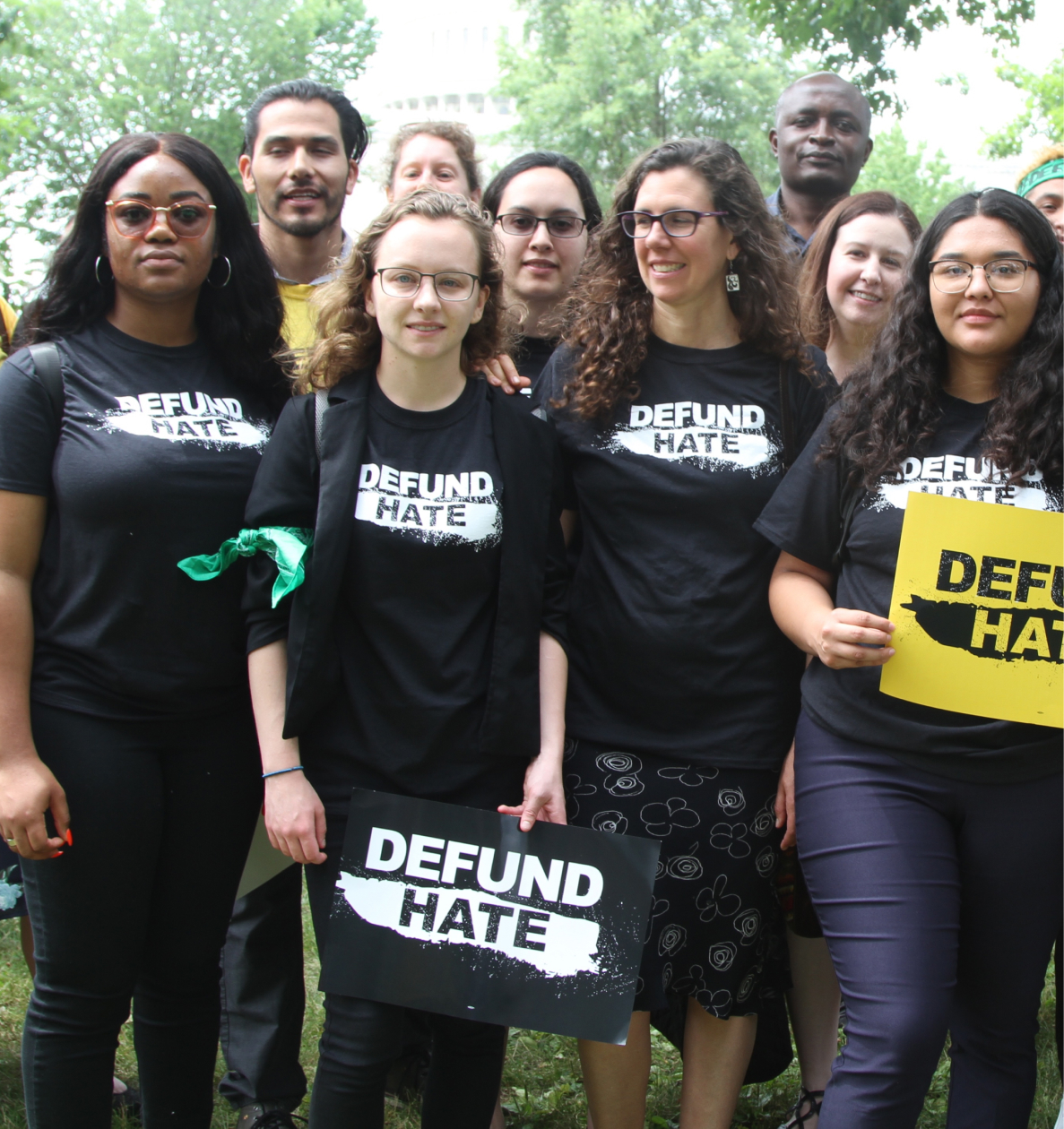 CALL NOW: Demand Dem Leadership Invest in Our Communities, NOT the Deportation Force!

The house and the senate just passed the federal budget for 2022 with $23 billion dollars invested in terrorizing our immigrant communities by increasing funding to the deportation force. Shame on them for expanding the detention and deportation force. Shame on them for continuing to fund Trump’s border wall. Shame on them for sacrificing immigrant communities in the 2022 budget. They promised to protect immigrant communities and instead doubled down on deadly enforcement. Democratic leadership must use their power to drastically cut funding from ICE & CBP in the 2023 budget. Can you make a call to key Democratic Leadership (Rep. Pelosi, Sen. Schumer, Sen. Leahy, & Rep. DeLauro) and demand that they drastically cut funding for ICE & CBP in the 2023 budget?

Meet/Call Your Members of Congress

Make the connection between the money and harm done to your community. Request a meeting in your district. Decide which member(s) you’d like to meet with – of your two Senators and one Representative – and reach out to their district office to schedule a meeting. Or call them directly!

“Hello, my name is [first and last name] and I live in [city/state]. I’m calling as part of the Defund Hate Campaign to ask [member of Congress] to publicly call for cuts to ICE and CBP in Fiscal Year 2022. Continuing to fund agencies that attack people arriving at the border and the immigrant members of our communities at levels passed under the Trump administration last year or higher is UNACCEPTABLE. [member of Congress] should publicly speak out and urge leadership to pass a final negotiated bill that cuts funding for ICE and CBP in Fiscal Year ‘22. Thank you.”

Use these tools to track your member of Congress and guide your conversation:

Seek out your member of Congress in public

Seek out a member of Congress in a public forum (for example, a town hall) and ask them to #DefundHate. You can use this tool to see if your member of Congress is holding a town hall in your district. Prepare a question to ask during the town hall to try to have your member commit to defunding hate by pursuing cuts in funding for ICE and CBP. By seeking them out in a public forum, you are putting them on the spot and insisting on straight answers to publicly reveal their views.

Record your exchange on video and send it to the Defund Hate campaign. Commonly referred to as “bird-dogging,” getting a member of Congress on the record is a powerful action you can take to apply pressure in an effort to achieve our goals. 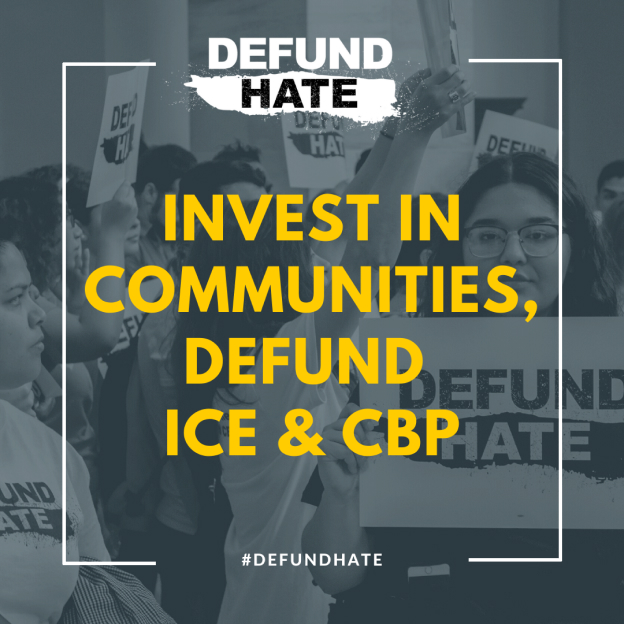 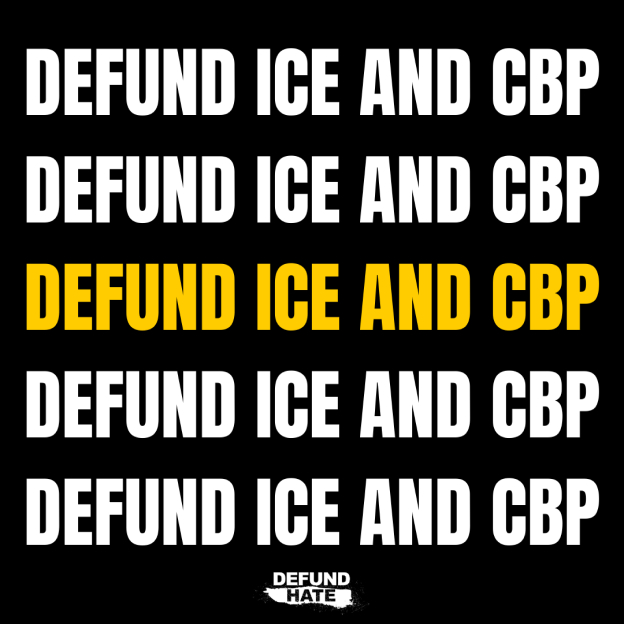 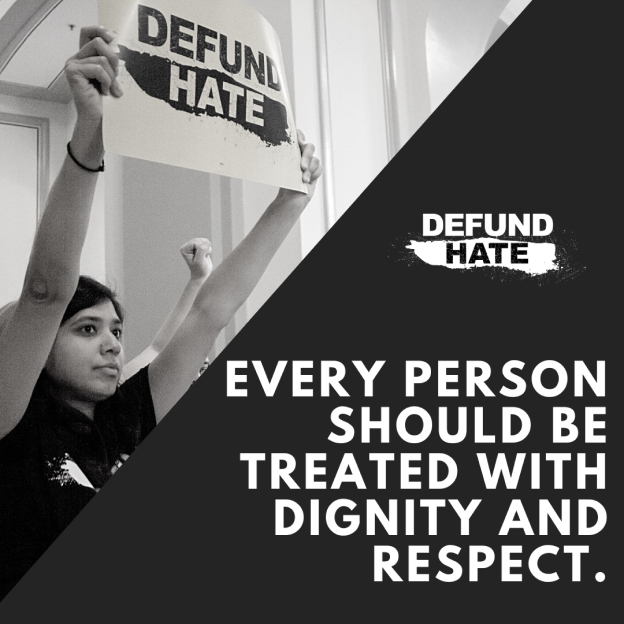 Sign up for regular email updates and action alerts.